5 minute read
You can get yourself long hair in a matter of hours. You pay quite a lot for it, but have you ever wondered how much those whose hair it actually was get for it? The reality is sad.

There is nothing really new about hair extensions. Their history dates back to ancient Egypt where rich women used to wear hair cut off their slaves as a status symbol. But never before have hair extensions and wigs been so common and accepted as in the modern times. They have become a new normality – an everyday product sold at each hair salon.

But where the hair used in extensions come from is not really talked about. Why? Because the behind-the-scenes of the industry are obscure, and no regulations are in place. The hair business is extremely corrupt, and it is virtually impossible to identify the actual origin of the hair.

Mostly, the hair comes from Asia, also large South American countries and Russia and the poorer countries of the former USSR. As a whole, from regions of acute poverty where women are especially vulnerable to blackmail and violence.

3 dollars for a waist-length braid

Most of the time, human hair is recommended instead of synthetics because human hair looks better, feels more comfortable and is easier to do up. So, behind every hair extension is a woman’s decision to give up her hair. But the reasons behind such decisions may be very sad.

The women who have decided to sell their hair, which may be their last ornament and often their last remnant of self-respect, generally do it to feed their families and in hopes of a life that is just a little bit better. As we all know, it takes several years to grow long hair. You pay nearly a couple of hundred euros for 40 cm of hair, whereas the woman whose hair it is gets only 2–3 euros, or 20–30 at best.

Sometimes, they don’t get any money at all. In India, for example, there have been cases where men have forced their wives to give up their hair and have taken the money to themselves. Small children have been shaved bald after promising them a cheap toy. 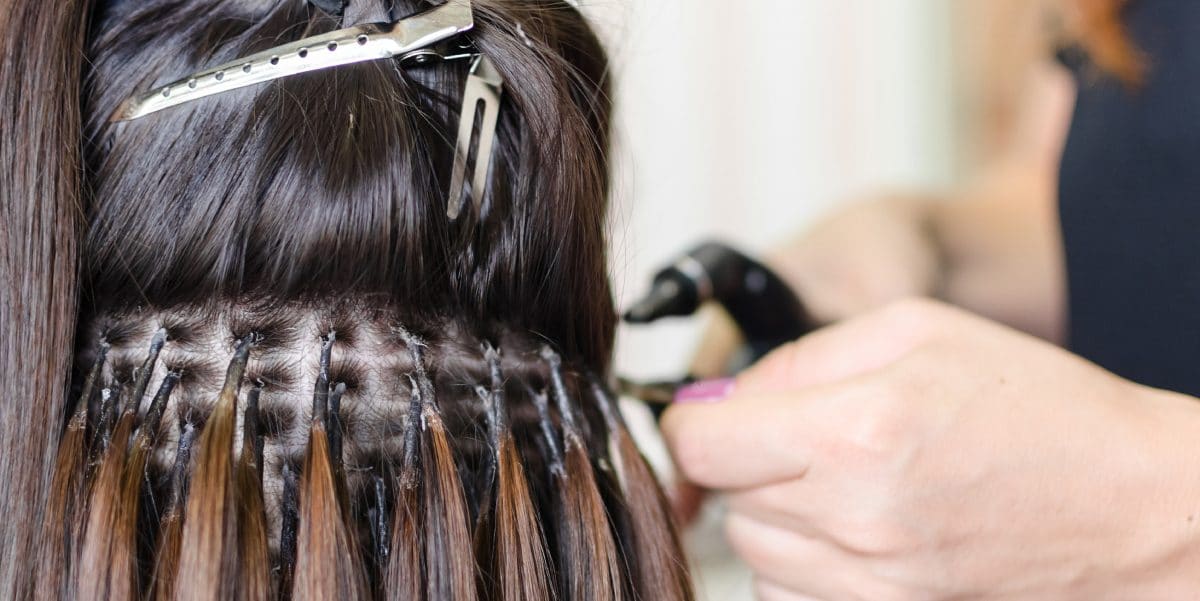 What is temple hair?

Sometimes, hair comes from India and its previous owner has no idea about the fate of their hair. A lot of the hair coming from India has been shaved in the course of a religious ritual. For this offering, the donor prays for a child, a sick relative getting better, a good crop or something similar in return. Temple keepers gather the hair and sell it to buyers. It is hard to believe this would somehow contribute to the wishes of the donors coming true.

Hair extensions like this are mostly sold with the label “temple hair”, which means that these have been sacrificed for free. At least in theory, temples should use the money earned this way to develop the local medical and education system and other support structures. But how much these places actually get is hard to verify.

“Free” hair straight from the sewerage

Things are a bit more complex when it comes to China, the biggest hair exporter in the world, but also the opaquest industry. For example, China imports massive amounts of “dead hair” from India – hair that has fallen out, has been removed from hairbrushes, wiped off the floor of hair salons or drained out of the sewerage. Yes, you read it right – sewerage!

The dead hair is detangled, cleaned, treated with chemicals and silicone to make it shinier and sometimes it is even mixed with animal hair before turning it into extensions. So even though the extensions made in China are often labelled as hair from Brazil or Russia, it it best to be sceptical about it – especially when the extensions smell slightly acidic or like silicone.

But if you thought sewerage hair extensions are gross, it is actually not even the worst way to get material for extensions. Because the origin of the hair is almost always unclear, there are lots of hair in this business that are obtained by violence – cut off against the woman’s will.

In India, there have been reports of special gangs stealing hair from women. Women are held down and their hair is shaved. Threatened with a knife, the women in Venezuela, South-Africa, Ukraine and Myanmar, for example, have been forced to give up their hair.
Information has leaked from a prison in Moscow that prison guards are forcing women to shave their heads. It has been heard from the Crimean

Peninsula annexed by Russia that Russian army officers are doing a side business in hair… This information paints a much darker picture of the Slavic hair often preferred by our hairdressers.

But all of this is nothing new really. Hair has always been a status symbol available to the higher class only. It’s just that the chain of delivering the hair to the wearer has become longer and longer – from the donor to the buyer, then the hair broker, then the factory and then finally the salon. The more links in the chain, the higher the chance that someone gets ripped off. The hair offered at a cheap price are also more likely to be of a suspicious origin. Of course, wearing such extensions is not a crime, however, it is worth considering whether you want to do it at the expense of someone else’s dignity.

Share the article:
Read them too
Rapunzel hair overnight? A plan not exactly 100% safe
Read more
The dirty secrets they don’t tell you about when it comes to hair extensions
Read more
The story of Placent Activ Milano eyelashes
Read more
Balding – a problem not only for men
Read more
Find a suitable product
VIEW ALL PRODUCTS
{